According to data from Interpret, Disney+ subscribers are more receptive to advertising content than the general population, which puts the company in a good position as it plans to introduce a discounted, ad-supported subscription tier. for its digital streaming video service.

Interpret’s VideoWatch data shows that 55% of Disney+ viewers already consume content on ad-supported services, compared to 44% of the general population. 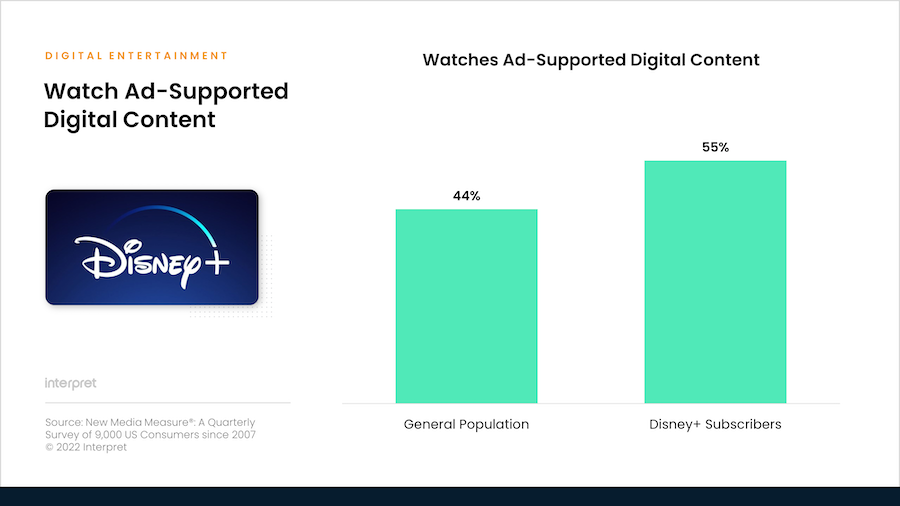 “When Disney first entered the subscription OTT space, it redefined the criteria for a successful new streaming service,” Brett Sappington, vice president of Interpret, said in a statement. “Before its entry, companies were delighted to exceed 1 or 2 million subscribers. When Disney was able to quickly capture millions of customers, they set the bar high for others to reach. The same could also happen in the ad-supported streaming space. With its large number of current subscribers, a well-known content brand, and existing relationships with advertisers through its television business, Disney+ is well positioned to succeed on an ad-supported level.

The Pakistan Electronic Media Regulatory Authority (PEMRA) has ordered private electronic media to refrain from broadcasting content against state institutions, the judiciary and the armed forces. According to its notification, PEMRA said it had observed some TV channels broadcasting content amounting to defamation against state institutions. He said the dissemination of such content was a […]

New Jersey, United States – Comprehensive analyzes of the fastest growing companies Automatic Content Recognition (ACR) Market provide information that helps stakeholders identify opportunities and challenges. The 2022 markets could be another big year for Automatic Content Recognition (ACR). This report provides an overview of the company’s activities and financial situation (a company profile is […]