Lionsgate has entered into a new long-term employment agreement with Kevin Beggs, president of the studio’s television group and director of content integration. Terms of the new contract were not disclosed.

Lionsgate over the past year has had 14 new shows selected for series and 15 ongoing series renewed for additional seasons, among them broadcast network shows that Beggs has piloted the renewal of such as “Home Economics” (ABC ), “Welcome to Flatch” (Fox) and “Ghosts” (CBS). NBC also picked up an untitled family comedy from Mike O’Malley via Lionsgate.

“Kevin and his team have done an excellent job of building Lionsgate Television into a world-class provider of valuable premium content for buyers across the ecosystem,” said Lionsgate CEO Jon Feltheimer. “Kevin is a trusted partner whose entrepreneurial, innovative and collaborative approach best reflects our culture. Under his leadership, our television business is positioned to continue to grow profitability and strengthen its respected brand. »

As Lionsgate’s Head of Content Integration, Beggs leads “Lionsgate 360” initiatives creating cross-platform opportunities, including licensing John Wick spin-off series “The Continental” to Peacock and the launched series based on Lionsgate films such as “Step Up”, “Blindspot” and “Swimming with Sharks”. 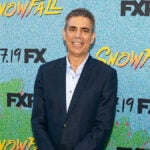 Other shows under Beggs’ helm include “Love Life,” “Minx” and “Julia” on HBO Max and “Mythic Quest” and “Acapulco” on Apple TV+, as well as a slate of 15 series currently airing or in preparation at Starz. , including three power universe installments (“Ghost”, “Raising Kanan” and “Force”), “Dangerous Liaisons”, “Blindspotting”, “The Serpent Queen” (in collaboration with 3Arts) and “P-Valley “. He was also part of Lionsgate amid the release of hit shows like “Mad Men”, “Orange is the New Black”, “Weeds” and “Dead Zone”.

Beggs is the recipient of the 2019 National Champion for Children Award from the Alliance for Children’s Rights, the John Connor Humanitarian Award from Operation Smile, the Teddy Bear Humanitarian Award from The Help Group, and the Broadcasting & Cable 2014 Innovation Award. In October 2017, he was inducted into the Broadcasting & Cable Hall of Fame. He has served on the board and executive committees of the International Academy of Television Arts & Sciences and the Los Angeles Paley Center for Media. He is currently a board member of My Friend’s Place homeless youth center, Cayton Children’s Museum, Southern California Public Radio, and Green Dot Charter Schools. He was also recently named Chairman of the Board of BANFF. 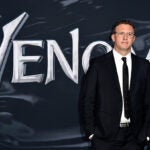 The rise of social media influencers has changed how people view trends and decisions online and in the real world. From a number of platforms, these influencers have built an audience around their passions and lifestyles that continue to grow with their content. However, with this power comes an understanding of not only creating trends, […]

There’s no wrong way to craft a digital marketing strategy. Since there are a multitude of platforms and tools, each company must find the most relevant options for their needs. But learning from the mistakes and experiences of other small business owners can give you a head start. Here are tips for getting the most […]

GadCapital: Nearly 400,000 people, according to YouTube, make videos as a full-time job.

A full-time YouTuber may have been something you’ve dreamed of doing in your spare time. According to a YouTube study issued Wednesday, about 394,000 individuals in the United States are working at least 40 hours a week as YouTube producers and generating money.  According to the Bureau of Labor Statistics, more individuals are working as […]